Nominated as one of the new Seven Natural Wonders of the World, Halong Bay is definitely a must-see for those who travel to Vietnam. And “How to get to Halong Bay?” is the subject that most travelers want to know when they plan a Halong trip. Vietnam Travel provides detailed information of each airport that close to this legendary bay in this article. Perhaps, it could help you to make right decisions when you want to travel to Halong Bay by plane. 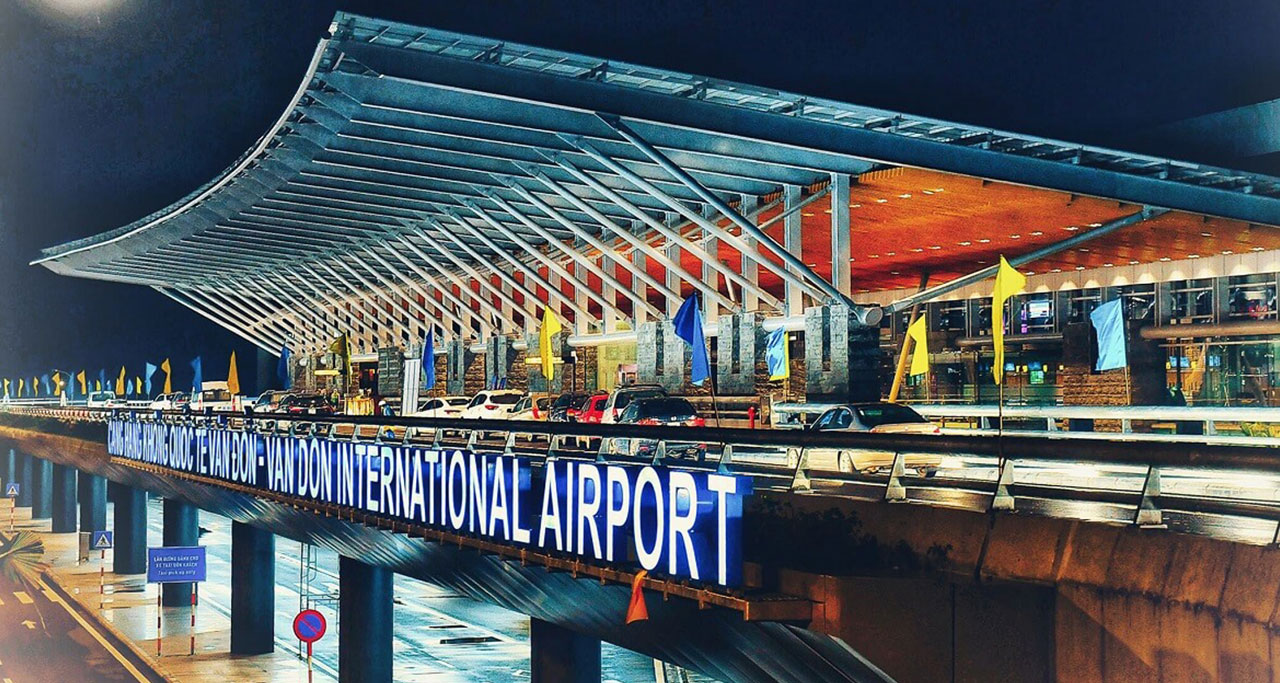 Van Don International Airport (code: VDO), also known as Quang Ninh International Airport or Ha Long Airport, located in Van Don – the largest and most densely populated island within the Bai Tu Long Archipelago in Quang Ninh Province. Opened in December 2018, Van Don Airport has been named as the “World’s Leading New Airport 2019” and it has dramatically improved access to Vietnam’s premiere tourist destination, Halong Bay. Van Don International Airport is a mere 50km from Ha Long City or 65km from Tuan Chau Island, the gateway to Halong Bay – UNESCO World Heritage Centre. The airport is connected to other airports around Vietnam by domestic airlines such as Vietnam Airlines and Vietjet Air.

The first privately operated airport in Vietnam comprises 3.6km runway to facilitate the landing of world’s most advanced aircrafts such as B777s and A350s etc. at a discounted service fees for all carriers. Passengers to this new airport will arrive in a state-of-the-art and modern terminal building of some 16,000 sqm. The terminal features shops, restaurants and all the other facilities you might expect to find at an international airport.

Xem thêm: How to get from HUE to HA LONG BAY?

Access to Halong Bay, a famous UNESCO World Heritage site in Vietnam, is now much faster and easier thanks to this newly-opened international airport and the new Ha Long – Van Don expressway. Passengers flying to Van Don Airport will be offered free bus tickets on Ha Long – Van Don route. But if you prefer a taxi or a private car, the cost won’t be too expensive as it’s one of the two nearest airports to Halong Bay, besides Cat Bi International Airport in Hai Phong City.

Cat Bi International Airport (code: HPH) services the 3rd biggest city of Vietnam: Hai Phong. Located in Hai An District, it takes only 15 minutes by car for passengers to get to Cat Bi from Hai Phong City Centre. With nearly 45km between them, Cat Bi Airport is irrefutably the closest airport to Halong Bay, with a travel time of less than an hour required to transfer along the beautifully scenic freeway between the two. The airport is not too big, but given the popularity of Halong Bay, as well as Cat Ba Island, still receives about 25 flights a day – mainly from Ho Chi Minh City (15 flights per day) and Danang (2 flights per day), but also from Nha Trang, Dalat, Buon Me Thuot, Can Tho and nearby international airports like Seoul (South Korea), Bangkok (Thailand), Shenzhen and Kunming (China). 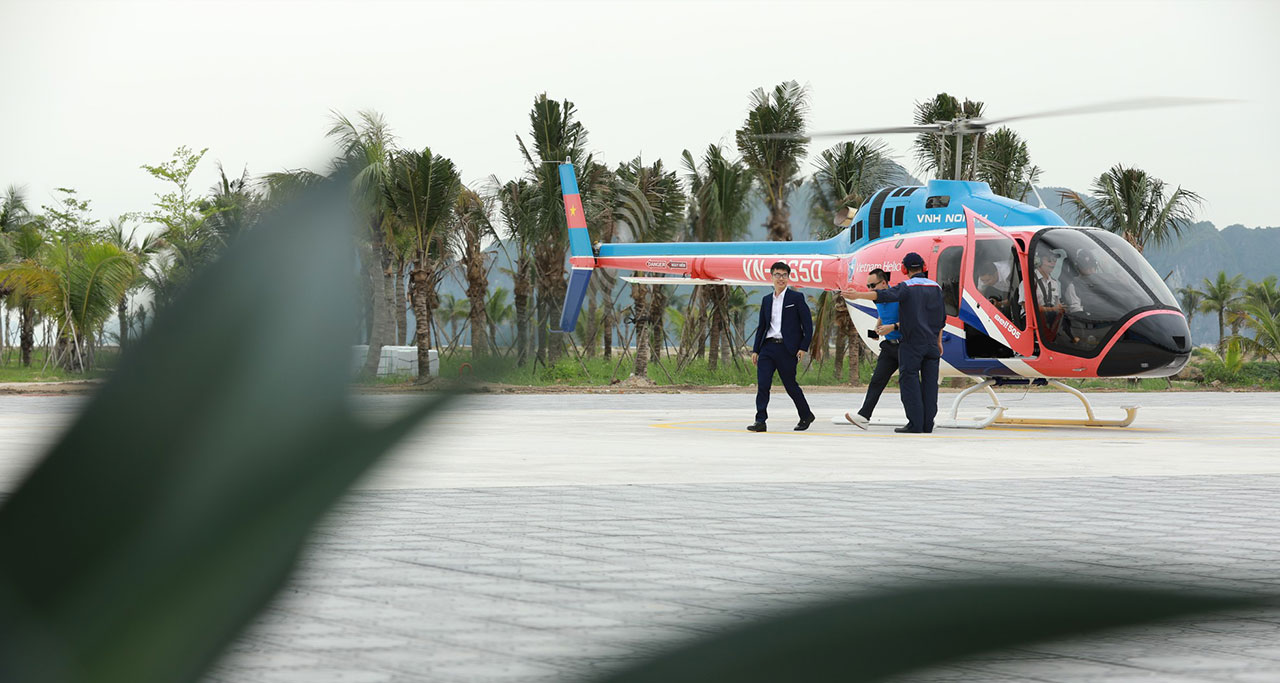 Tip: It is more convenient if you start your trip in the South Vietnam such as Ho Chi Minh City, Can Tho and then you want to visit Halong Bay before traveling to Hanoi. You can save lot of time if you take a morning flight that arriving Cat Bi Airport before 11 A.M, otherwise, you got to stay in Hai Phong City or Halong City for a night before cruising. Most of Halong Bay overnight cruises departs about noon time. 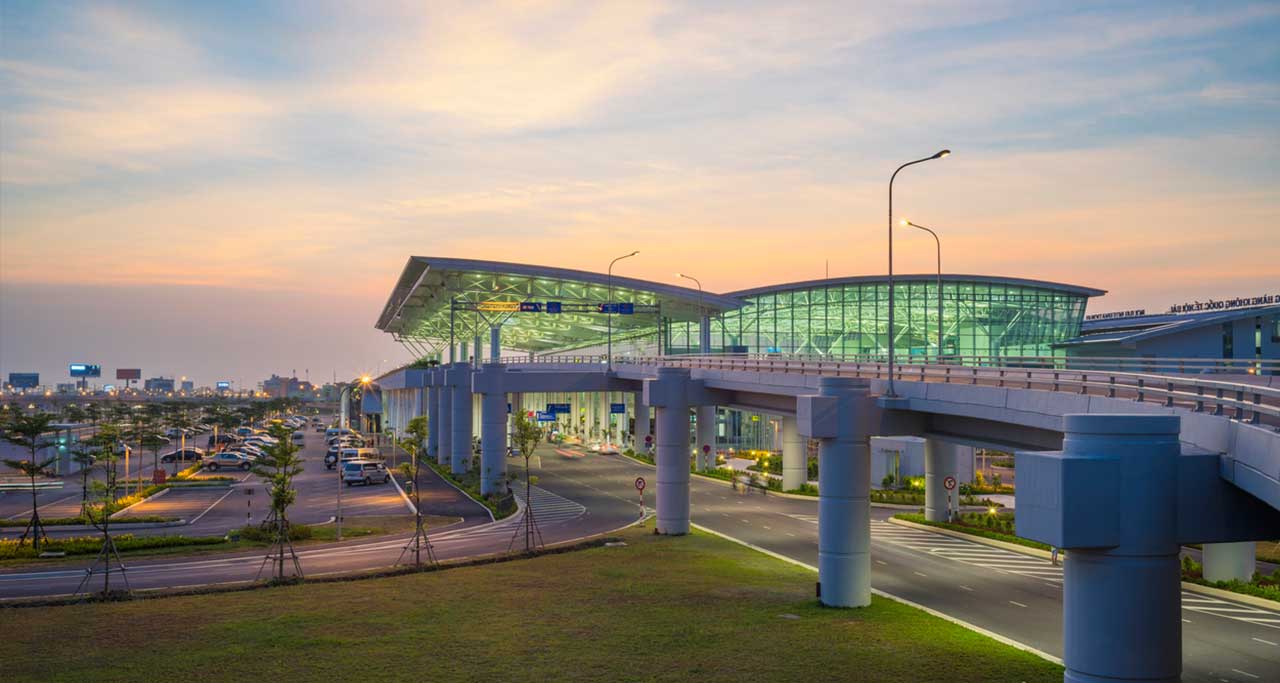 In comparison to the above two airports, Noi Bai International Airport (code: HAN) is not the closest to Halong Bay but it could be argued that the Hanoi’s airport is the most convenient one for those traveling to see the world’s New 7 Wonders of Nature. The airport is located in Soc Son District, 35 kilometers northeast of Hanoi downtown. Thanks to the country’s modernest express way (Hanoi – Hai Phong – Ha Long), drives to and from these locations have been cut from 4 hours to 2.5 – usually with a short stop in-between – making Halong Bay an accessible location from the moment you land in Vietnam.

There are 22 international airlines that operate out of Noi Bai International Airport, it means that you can easily find a suitable flight to Hanoi from your city. Visitors often choose this airport to fly into Vietnam and then stay in Hanoi, the elegant capital of Vietnam, for a night or two before traveling to Halong Bay by road. Noi Bai Airport’s capacity to 20 million passengers per year. In 2018, the airport served 28 million passengers.

Additionally, it’s possible to fly into Halong Bay directly by seaplane or helicopter from Hanoi. Ask Vietnam Travel‘s consultants for more details if you like something different from the others as you can experience the amazing bay in the air! 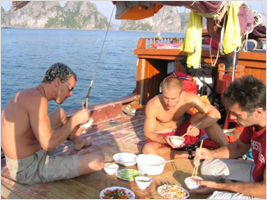 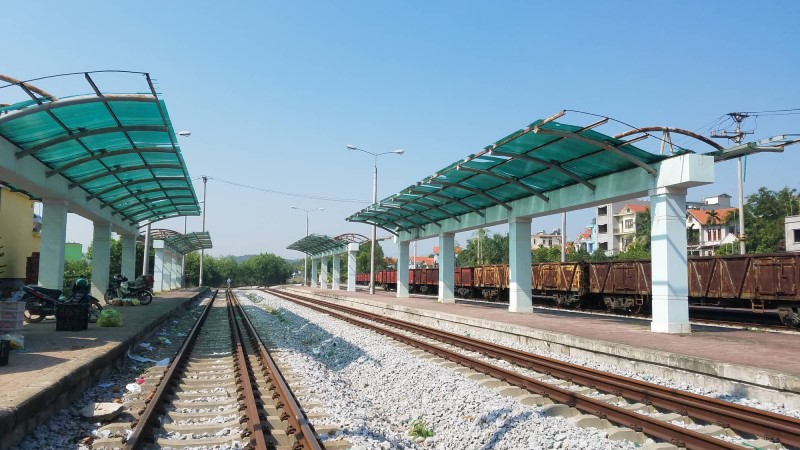 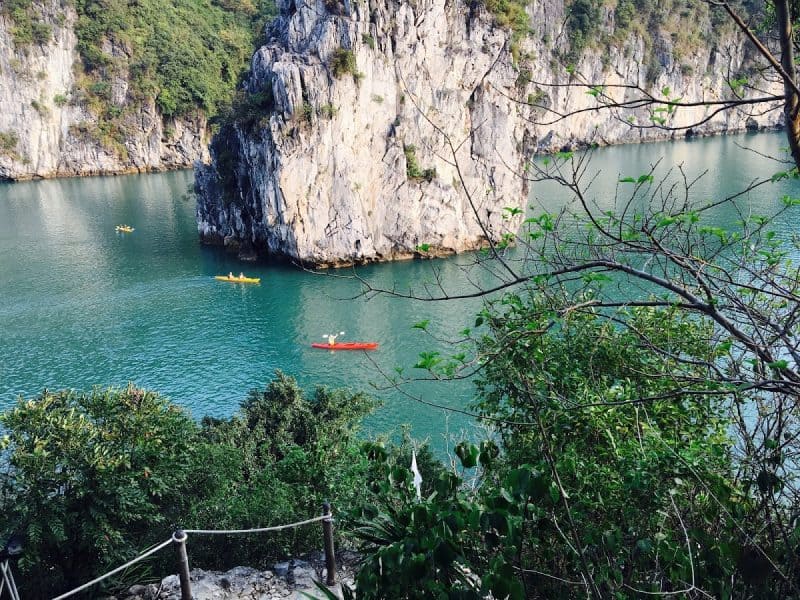 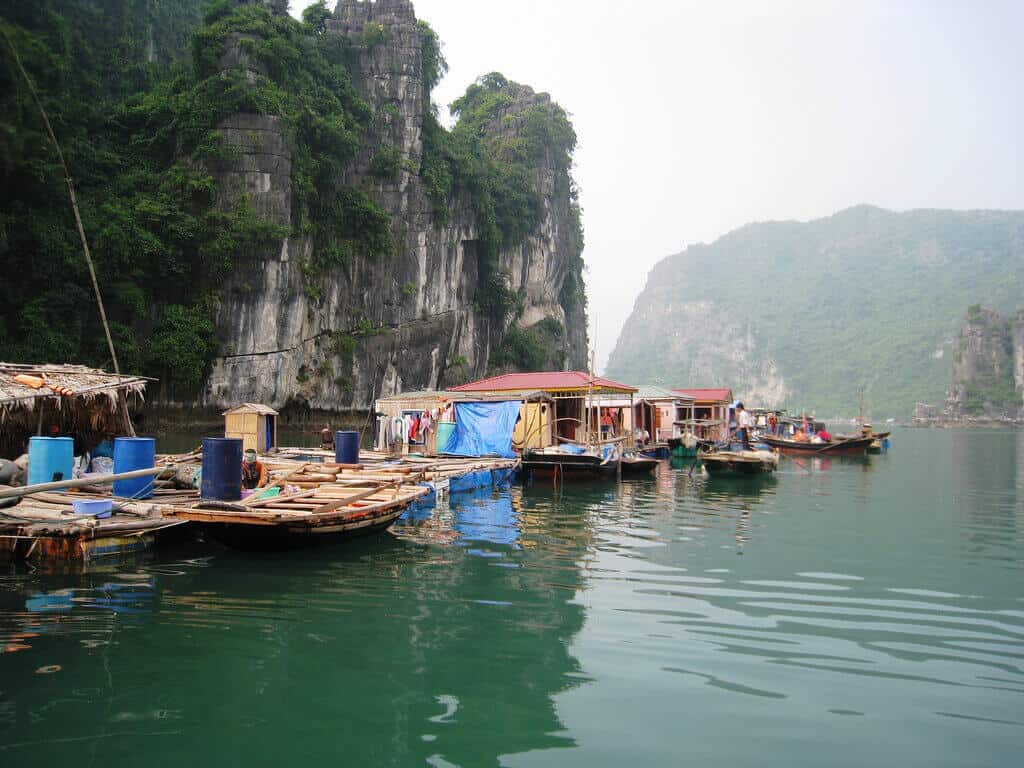 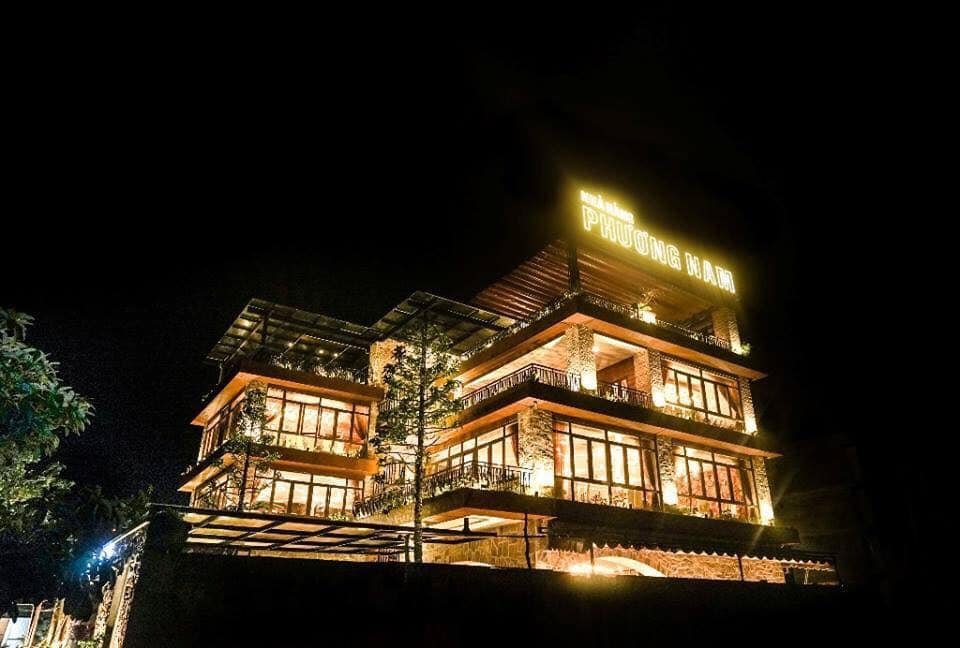